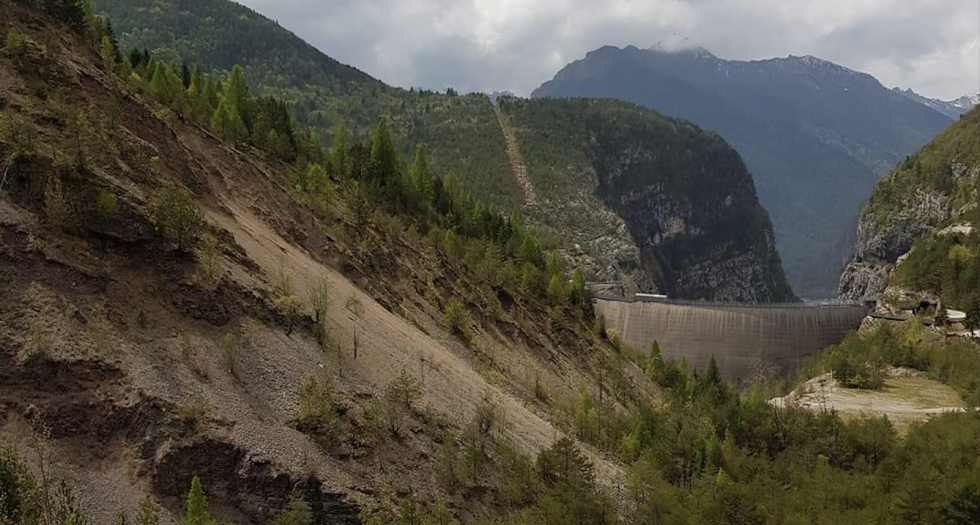 Geology is not an exact science. I learned this during my first class at University: you can try to describe it through equations, define some criteria to tell its story, or use charts to order it, but you won’t success.
The only useful rule for a field geologist cannot be learned in a classroom. If you need to learn everything in a certain area, the first thing to do is to chat with someone who lives there. If you talk with a farmer, they will tell you every single detail. And, also, why a mountain is called that way.

Thus, ever since I’ve known the Vajont disaster, I’ve kept on asking myself why someone decided to build a dam on a mountain called “Toc” (“rotten”, “in pieces”, in the local dialect).

My first encounter with the dam is a little bit confusing. I was expecting something majestic, intrusive, but this is not what I found. I arrived from Longarone (BL), where the Piave river flows, and the first thing I saw was a small opening through the mountains. It seemed like the rocks tried to hide the 260-meter high concrete monster and to protect the valley and its inhabitants from other invaders. Actually, this is what engineers look for when it comes to building a dam: a narrow gorge with steep slopes to lean its shoulders and a valley floor wide enough to store water.

I start retracing the Vajont alpine river, bend after bend. If I didn’t know my destination, it would have been any road in the Dolomites: luxuriant woods, cyclists on their mountain bikes and a breathtaking view on the Piave valley. But right after a long tunnel, distracted by what surrounds me, I bump into the dam. It’s the first time I look at a construction of this type and I am sure a punch in the face would be less painpful.

The racket, in my head, is deafening almost as the sound of the Vajont flowing in the gorge below.

A monster as massive as it is out of place, evidently uncomfortable in a such a delicate environment. For engineers it was a work of pure avant-garde, yet another demonstration of how much men can do what they want with nature. And, if I want to be honest with myself, I have to admit that seeing it in front of me shows how here hydraulic engineering is not the problem.

I reach the parking lot upstream and I am even more confused. Drivers horning, shuttling buses and tourists that, in line, prepare themselves to climb to the top of the structure. I didn’t expect so many people on a rainy April day.

I try to join one of the groups, today I’m a tourist after all. We are close to the right entrance to the crowning, a few meters from a plaque in memory of the disaster. The guide begins his talk and I understand from the his passion that this is not yet another empty repetition of a text learned by heart.

On the night of 9th October 1963, about 270 million cubic meters of rock broke from Mount Toc. But figures alone say little or nothing even to the most experienced technician. One has to take them apart, compare them, to understand them. With the same amount of material collapsed in the Vajont basin, approximately two hundred soccer fields could be filled with a layer of material almost 200 meters thick. And, if this layer was removed from one hundred trucks, it would take seven centuries to completely remove it. Saying that the entire side of the mountain collapsed is no understatement.

If I turn left, I can clearly see the sliding plane of the landslide. Its upper from is ironically “M” shaped, like the initial of the Austrian geologist Müller. His was the first report to describe the existence of a paleo landslide as early as 1961 but, as future events showed, he was ignored. The last thing the guide explains to us is the speed with which this mass of mud, rock and water slipped into the basin. According to estimates, it reached a rate of 90 km/h. Thus, in just 45 seconds it even managed to go up the opposite slope. The water collected by the dam was pushed in two directions, reaching a height of 250 meters: a wave, towards the valley, was so high it overcame the enormous hydraulic structure like a tsunami and hit Longarone, accelerated by the narrow gorge.

There were about 2000 casualties. Of these, only 1500 bodies were found, less then a half those recognised.

On the other side

I get back in the car and continue my ride along the hairpin bends that lead to the town of Erto (PN). I want to continue my day on the Vajont alone. I need some solitude to understand what surrounds me. I stop in the first empty space, get out of the car and realise that the only noise I hear is the stream that flows hundreds of meters below. In front of me, Mount Toc is bare, while around me there are only tilted and folded limestones, colonised by some pioneer trees. It doesn’t take me long to realise that, actually, ever since I saw the dam, I have always driven and walked on the landslide.

I feel small, disoriented and confused. It is as if what little I know about geology is being questioned without the right of reply. For me, studying this subject has always meant learning the tools to read the territory, to establish a sort of peaceful coexistence. But this is not the case. Here I am forced to admit to myself that mine is a naïve vision, devoid of the malice that perhaps it takes to be a professional geologist.

They built the dam knowing it was not in the right place and deliberately omitted the information they had to move the project forward, complete the reservoir and sell it to the state.

So, if someone, at this very moment, asked me if I am convinced of the choice of studies I made, I would certainly falter. Would I ever be able to behave the same way? To put “the arrogance of power” first (as described by Tina Merlin in her book “Sulla pelle viva”) with respect to my values?

Minutes go by and nobody stops here. Yet, it is in this exact point that tourists should come, to see that in the Vajont valley the problem is not the dam. The real problem is so great that it is invisible, badly hidden behind the only structure that survived the disaster.

Before heading back home, I take a last stroll through the alleys of the old Erto town. Apart from the church and a small tavern, the town is almost uninhabited. After the disaster, who survived was urgently evacuated for fear of further collapses and the few families who returned built new houses at higher altitudes, to preserve the memory of the old village.

The stone houses are leaning against each other, some with destroyed roofs, others with branches protruding from the windows. The cobblestone streets are narrow even for people, let alone for cars. If it weren’t for a few cats who let themselves be pampered by passing tourists, hardly anyone would live here.

I stop to talk to a middle-aged lady: she smokes a cigarette sitting on the steps of her house and doesn’t seem sorry to meet new people. She tells me about how Erto reborns during summer, thanks to those who have a second house and return for the holidays. And also thanks to the tourists who wander around. The credit, she says, is also due to the publicity made by Mauro Corona, a famous local person who talks about this place in a famous TV show. And this is what they need: to keep the memory of an exploited and abandoned valley alive, which only resists thanks to the clamor of those who, every now and then, tell about the disaster.

I feel a little guilty, and I hide my being a geologist, and why I’m there. I don’t know why, but I feel responsible too, in my small way. The only thing I can do is go home with fewer answers than when I left. 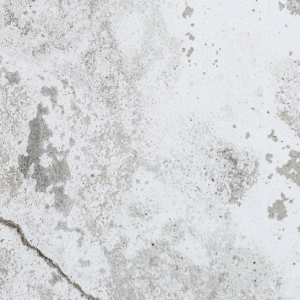